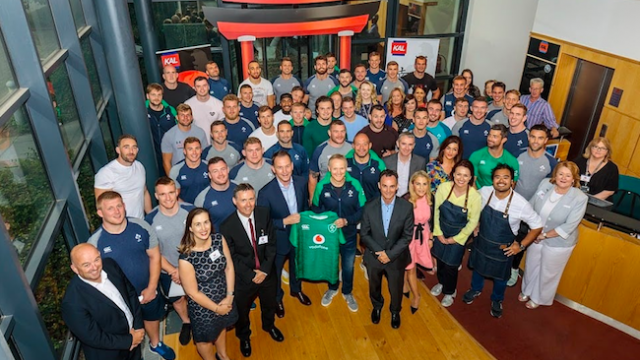 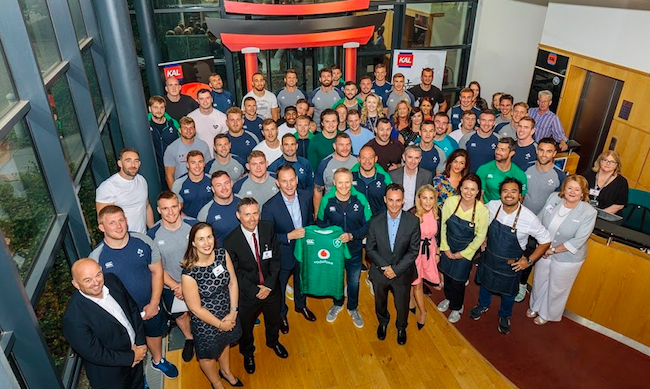 In 2019, when the Irish rugby team were preparing to travel to Japan for the 2019 World Cup, they called on me to give them a crash course in all things Japanese food and culture. 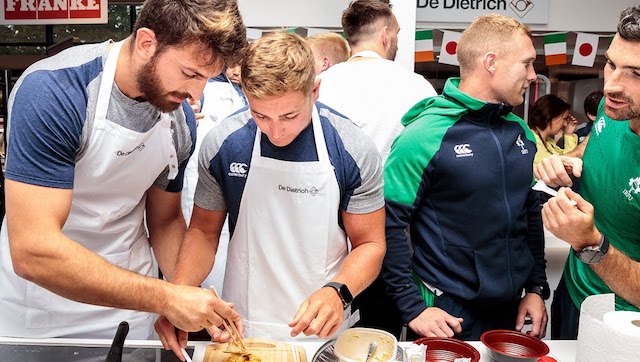 Gilmar and I have on multiple occasions worked with corporates and private groups who want to immerse themselves into Japanese culture, language and food in a fun and informative way. The event package is called ‘The Japanese Experience,’ and it usually takes place at my client’s place of business, their home, or in the KAL kitchen showroom in Citywest. 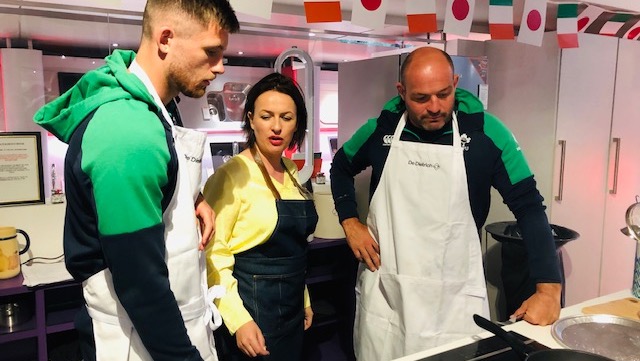 For this particular event, we gave the Irish rugby team and World Rugby staff, including coach Joe Schmidt, a masterclass in all things Japanese before their trip to Japan in the KAL kitchen. 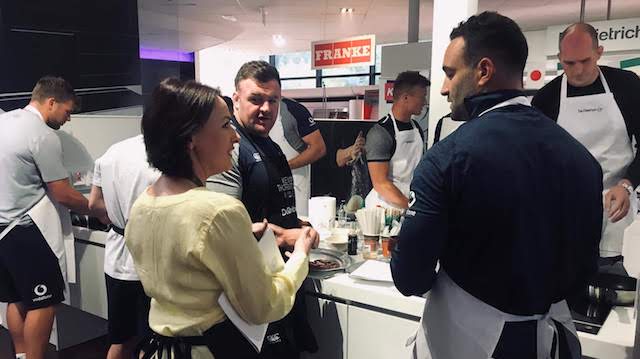 Firstly, I shared an introduction on all things Japanese culture and language before demoing how to make sushi. Then I invited the players to try their hand at preparing and cooking gyoza dumpling themselves. 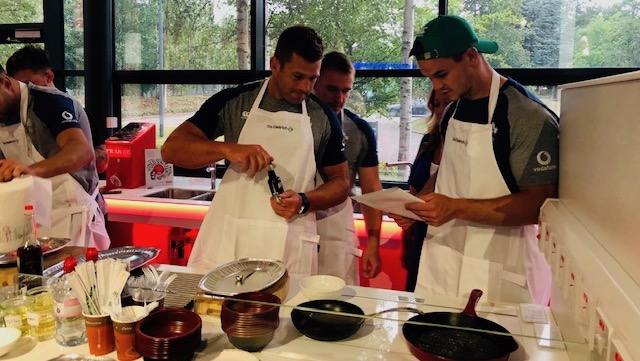 Playing to their competitive natures, I introduced a competitive element which worked a treat and they all brought their A-game. It was great to see them show so much interest and to get involved with the hands on element of the masterclass. And, as we know, they did us proud over in Japan too!