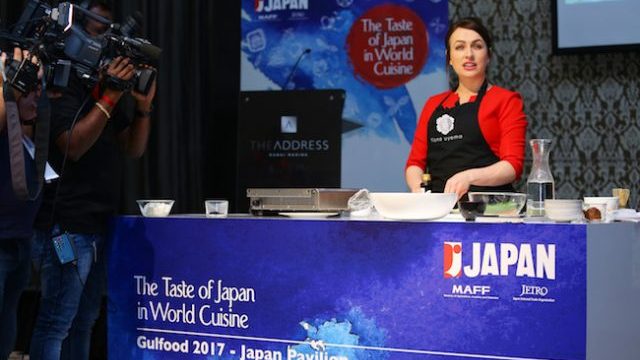 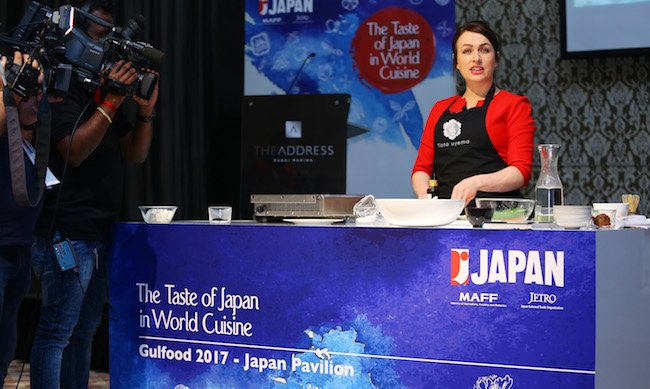 In 2017 I was honoured to host the Taste of Japan event at Gulfood in Dubai. Gulfood is the largest food and beverages exhibition in the Middle East. The scale of the event and vast array of food and drinks on show are incredible. To give you an idea, around 93,000 visitors from 182 countries attend the exhibition, and 5,000 exhibitors showcase their products.

Gulfood is a key event in the food calendar for countries from across the world to promote the very best of their national food, beverages and ingredients. With the very best of each countries food and drink produce on show, the exhibition is as much a smorgasbord for the eyes as it is for the palate. 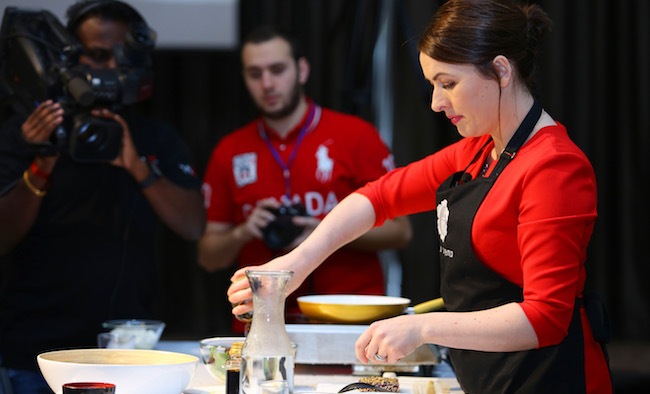 I was recruited as an ambassador for Japanese food and ingredients by JETRO, a Japanese government-related organisation that promotes trade and investment.

At the event, I hosted a talk and cookery demo for an audience of executive chefs who run some of the largest and most influential hotels across the Middle East. My role was to introduce them to Japanese foods and ingredients and encourage them to consider these when menu planning. 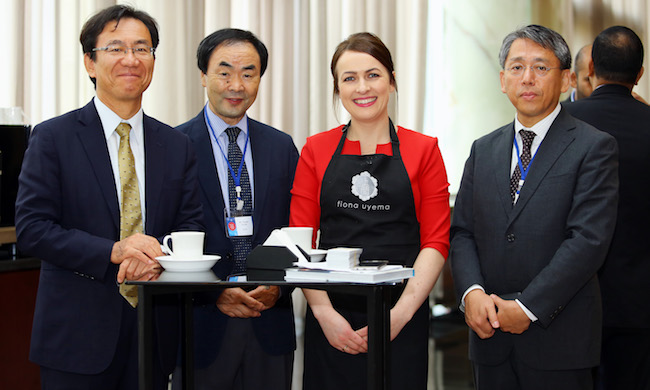 Media from across the UAE and the world were also in the audience at the Taste of Japan event, helping to spread the word even further afield.

Through my event and others during the exhibition, JETRO expected to raise awareness about Japan’s healthy and unique foods and ingredients, and ultimately promote Japan’s food production and food trade in the Middle East.