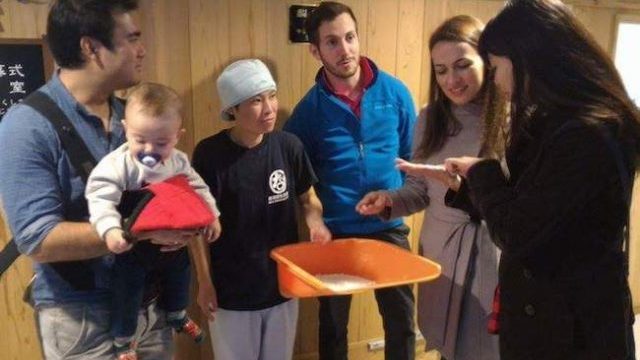 How Is Soy Sauce Made? A Trip Inside A Japanese Soy Sauce Factory

Home » How Is Soy Sauce Made? A Trip Inside A Japanese Soy Sauce Factory

When we first began developing our Fused Flavoured Soy Sauces one of the most influential and inspirational parts of the process was a visit to a Japanese soy sauce factory.

On my return visit to Japan, I was lucky that I had the perfect contact in my college friend Lynda Nobukuni. Lynda put me in contact with a tour guide and found the perfect soy sauce for me to visit. Importantly the factory was was kiddie friendly too as I had Scott and Matthew with me!

Lynda’s recommendations meant a lot to me. Not alone is she a great friend, but she’s also a prominent food writer and blogger in Japan. You can find her on Instagram under the name @insaitamaLynda and read her blog here. Just like me, Lynda found love in Japan and is married to Haru and has four beautiful kids. Lynda also kindly offered to put us up during part of our stay and we will forever treasure the memories we shared during that visit. 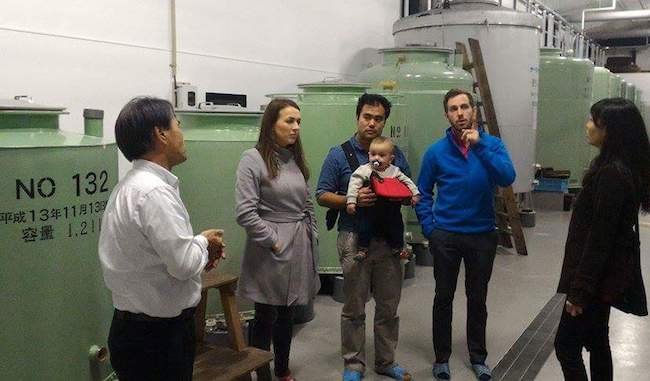 Read on for what we learned during our visit to a Japanese soy sauce factory. As you’ll see, not all soy sauces are created equal. Higher quality soy sauces have only a few, high quality ingredients and go through a natural fermentation process. These are characteristics we were sure to instil in our own Fused Soy Sauce range – to ensure it was packed full of flavour and not additives!

What Is Soy Sauce?

Soy sauce soy is a liquid condiment that’s essential to Japanese and Chinese cooking, as well as other Asian cuisines. It adds a deep salty, and umami flavour to food.

What Is In Soy Sauce?

Good quality soy sauce has as little as four ingredients: water, soybeans, wheat, salt. However, lower end soy sauces may contain many additional ingredients, such as caramel, sugar, and other preservative and additives.

When Was Soy Sauce First Made?

Japan’s love of soy sauce goes back to the mid-13th century. It’s said that it was first introduced to Japan when a Japanese Zen monk returned to the Japanese town of Yuasa, from China. There, he had learned to make a fermented miso-like soybean paste at a Chinese Zen temple. He made a delicious discovery when he found that the liquid dredges of the miso made for an excellent cooking and dipping sauce. 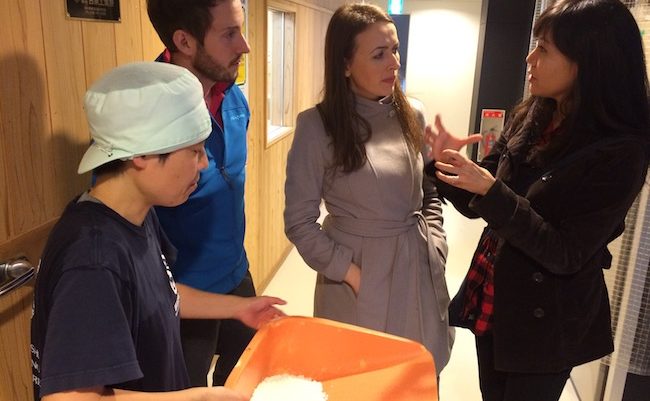 This fermentation method of making soy sauce the monk stumbled upon was unique from the previous versions of soy sauce brought over centuries before. Ever since, the Japanese have taken soy sauce production very seriously and it is still treated like an art form.

How Is Soy Sauce Made?

Today soy sauce is made by two methods: the traditional brewing method, or fermentation, and the non-brewed method, or chemical-hydrolyzation.

The highest quality soy sauce is made by soaking soybeans in water and roasting and crushing the wheat. Next the soybeans and wheat are mixed with a culturing mould, most commonly Aspergillus, and left for two to three days to develop and ferment.

Through this three-day process the wheat grains become inoculated and the all important soy sauce koji is made. Koji is the basis of soy sauce production and the next step is ageing and a second fermentation.

These final stages takes up to six months to complete, however it is worth the wait. Ageing and further fermentation produces numerous complex flavour compounds. These are vital to imbuing soy sauce with the deep colour, rich and balanced umamai flavour and delicious aroma we know and love. 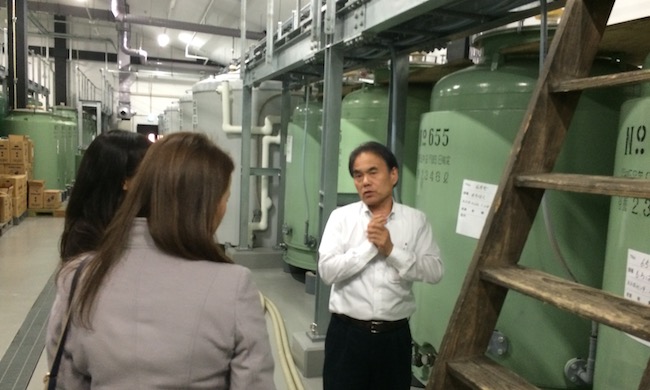 Unfortunately, not all soy sauces producers follow the natural fermentation process that I learned from my Japanese factory tour. Many soy sauces on the market are instead made through a faster, chemical process. If a soy sauce is being sold at a lower price it’s most likely not fermented.

Soy sauce made through a chemical method side steps the need for koji or other cultures. Instead, producers use a strong hydrochloric acid solution to ‘hydrolyze’ the proteins in the soy. To do this they boil the soybeans together with the acid over several hours. What this does is speed up the production of soy sauce from a few months to only a few days. However, as a consequence these soy sauces don’t have the health benefits of naturally brewed soy sauce, and have a lot more preservatives and additives. 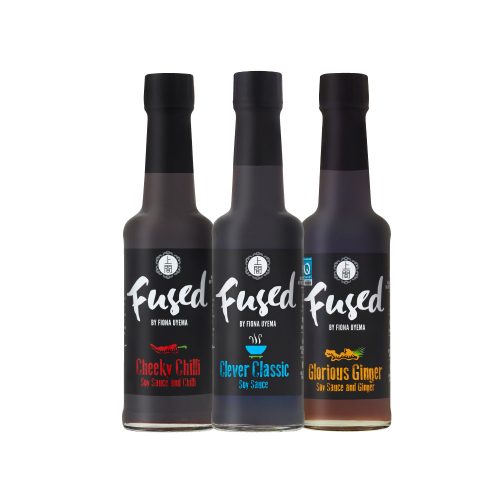 Our Fused Soy Sauce range is made using the traditional method of production and contains no artificial preservatives or additives. We’re proud to say our Classic Soy Sauce contains just four main ingredients: soybeans, water, wheat and salt. While for our Glorious Ginger and Cheeky Chilli Soy Sauces we’ve added only the natural flavour that give each their unique kick: chilli or ginger.

You can read more about soy sauce and the 9 other essential ingredients for Japanese cooking here.