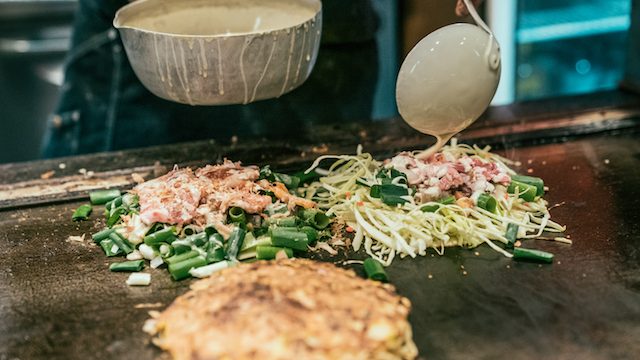 Japanese street foods are an integral part of Japan’s food culture. When you hit the streets of any Japanese city or visit a festival you will see Yatai, small food stalls. Just walking past these stalls is a sensory wonderland. Fragrant aromas waft in the air and each yatai sells a different delicious on-the-go dish that you won’t be able to resist trying. These Japanese street food dishes are very cheap but also high quality.

On my return trip to Japan in 2015 I made sure that I scheduled in time for my family and I to experience authentic Japanese street food. Read on for my top 5 Japanese street foods that you have to try. I’ve also included some recipes so that you can try them at home too.

For more on our return trip to Japan, you can read about my feature on NHK TV, and my interview with a Japanese school nutritionist about Japan’s famous school lunch program. 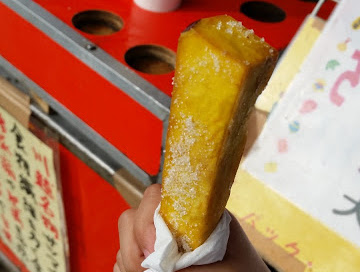 During my visit to Japan, there was an elderly Japanese lady at a stall making salted sweet potato sticks. She was so delighted to meet a foreigner that she wouldn’t let me pay. My 4 year old and I loved these 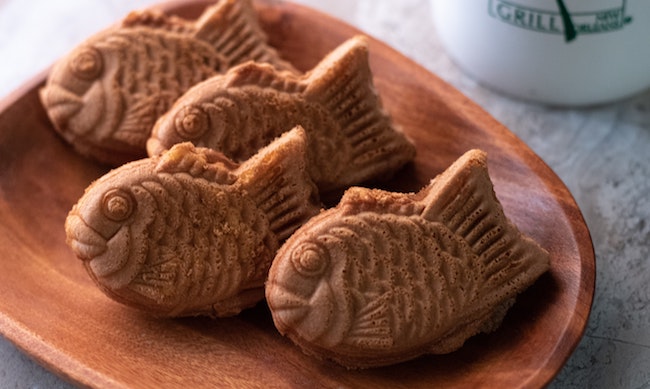 Taiyaki are freshly made fish shaped pastries that imitate the shape of tai (red seabream), the fish they are named after. Each pastry is piped full of various fillings such as sweet bean, custard and chocolate. They are absolutely delicious. I was so excited when I stumbled across a local taiyaki stall and got the chance to taste one after 10 years. 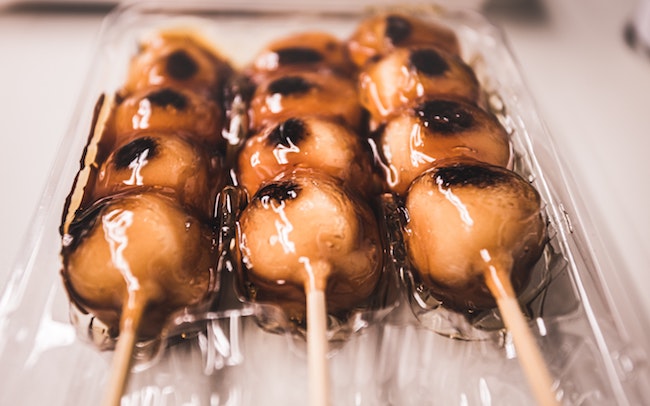 Dango are round sticky rice dumplings made from mochi (rice flour). Not to be confused with mochi, which are Japanese rice cakes made from mochigome, which is made after steaming glutinous rice. Dango are usually shaped into balls, with three to five dango balls served per skewer. They are seasoned with a variety of sweet or savoury sauces, or flavoured pastes. 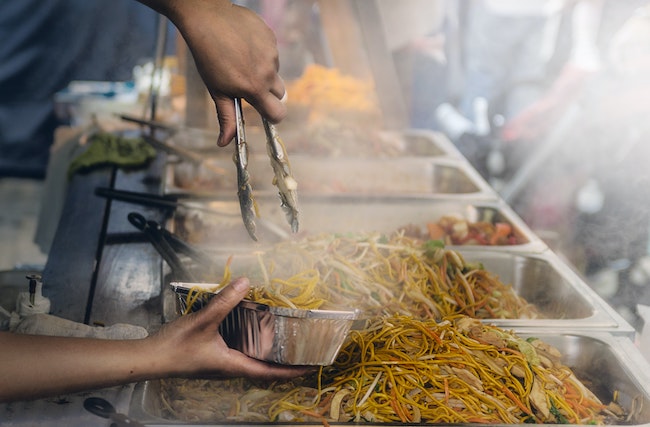 Yakisoba literally means ‘fried noodle’ in Japanese. The noodle stir fry dish first appeared in food stalls in Japan the after World War II and ever since has been a staple. Usually in Japan soba means buckwheat, however the soba in ‘yakisoba’ are made from wheat flour. Try making my Yakisoba with Mixed Vegetables recipe at home. 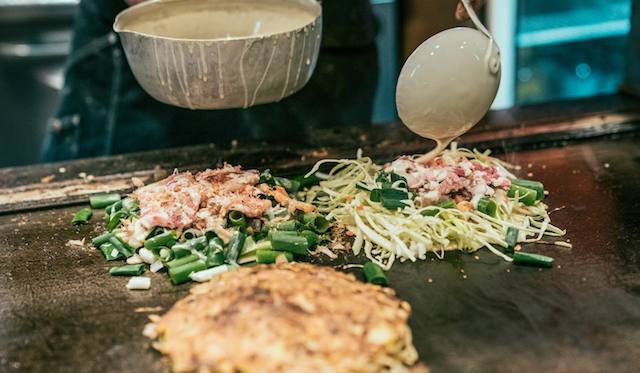 Okonomiyaki is an iconic Japanese street food savoury pancake – some even call it ‘Japanese pizza’. The pancake itself is made from from shredded cabbage, flour, eggs and water. Once fried, it’s loaded with heaps of toppings of your choice and a sizzling delicious okonomiyaki sauce.

Why not try my okonomiyaki recipe. I’ve really simplified it so it’ll work for you at home.